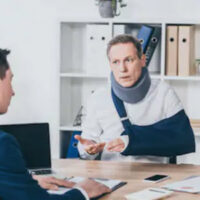 You and I think that the phrase “temporary permanent total disability” is an oxymoron, and Florida workers’ compensation law agrees.  An injury is either temporary or permanent, not both.  This creates a difficult situation in a small percentage of workers’ compensation cases, though.  The law allows injured workers to collect permanent total disability benefits for up to 104 weeks (two years) from the date of the accident.  Most injured workers reach maximum medical improvement by the end of two years; in other words, either they have made a full recovery from their injuries, or else it is possible to know their level of permanent impairment, if any.  This leaves a sizable number of workers in the lurch, however, namely the ones whose injuries are not truly permanent (or at least do not result in permanent inability to work) but for whom recovery takes more than two years.  In 1998, the Florida Supreme Court’s ruling in City of Pensacola Firefighters v. Oswald set a precedent saying that a worker can only receive temporary total disability benefits for 104 weeks but that the worker cannot begin receiving permanent total disability benefits until he or she reaches maximum medical improvement.  This decision remains controversial, though, because it can lead seriously injured workers to have their benefits interrupted.  If your 104 weeks of temporary total disability benefits are about to expire but you still need more treatment, contact a South Florida workers’ compensation lawyer.

When Recovering from a Temporary Injury Takes More Than Two Years

In 2007, Shawn injured his left leg and knee in a work accident, and his injuries required surgery.  Because of complications from the surgery, he had to undergo several more surgeries and was unable to work.  In 2009, when his temporary total disability benefits were about to expire, his treating physician, Dr. Hakim, evaluated his condition.  Dr. Hakim said that Shawn should remain on no-work status until undergoing at least one more surgery.  He also estimated that Shawn had yet to reach maximum medical improvement (MMI) and that, when he did reach MMI, his impairment rating would be between 10 and 15 percent.

Shawn filed a claim for permanent total disability (PTD) benefits, but his employer denied it.  When the case reached the judge of compensation claims, the judge ordered the employer to pay PTD benefits.  The employer then filed an appeal, and the appeals court ruled that, following the precedent set by Oswald, the employer should not pay PTD benefits for a worker who had not yet reached MMI.  Meanwhile, one of the judges at the appeals court wrote a lengthy dissent; this judge argued that the precedent set by Oswald was unfair and should be overturned.

A Sunrise workers’ compensation lawyer can help you if your employer is trying to cut off your benefits, but your recovery still requires more time and more treatment.  Contact the Law Offices of David M. Benenfeld for a consultation.

By David M. Benenfeld, P.A. | Posted on March 18, 2021
« Can You Get a Cash Advance on Your workers’ Compensation Benefits?
Top Seven Causes Of Work Injuries »