Close Menu
Fort Lauderdale Workers' Compensation Lawyer > Blog > Auto Accident > Are Your Tires Registered for Recalls? They Might Not Be

Are Your Tires Registered for Recalls? They Might Not Be 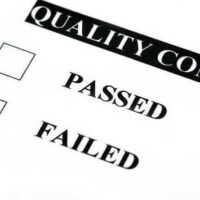 Our tires are literally where the rubber meets the road. While it is critical to have a vehicle’s engine and transmission operational, good tires are also essential in order for a car to get from Point A to Point B. Unfortunately, many drivers aren’t ‘Tire Wise’ and often forget to check their tires for air pressure, tread depth, and age. When drivers fail to have their tires inspected and maintained regularly, tires can fail and actually cause car crashes.

Although lack of maintenance and driving on old and poorly maintained tires can lead to traffic accidents, so can defective tires. In fact, about 500 fatalities that occur each year are linked to tire problems, says the National Transportation Safety Board (NTSB).

Tire manufacturers are often to blame for tire-related crashes due to defects in manufacturing and design. Shockingly, millions of tires have been recalled over the past several years. Statistics reveal that 3.2 million tires were recalled between 2009-2013, but only 44 percent of those tires were replaced.

In a typical tire recall, only 20 percent of tires recalled are actually fixed, says the NTSB. This is why the NTSB is calling for more to be done and a need to change the tire registration system. When people aren’t notified that their tires are defective, they may continue driving on them for hundreds and thousands of miles until their tire fails and they crash.

In 2013, 33,000 wrecks occurred due to tire failures, which caused 18,000 injuries and 539 deaths, reported the NTSB. Sadly, some of these crashes happen because drivers are never notified about the faulty recalled tires they are driving on.

According to the NTSB, tire recalls are different from vehicle recalls because the government doesn’t require independent tire dealers to register tires on behalf of consumers – only dealers controlled by tire manufacturers have to register replacement tires. For example, if a consumer bought their tires at an independent dealer, the tires would probably never be registered and the buyer would never hear from the manufacturer if their tires were recalled.

This is why the NTSB wants the National Highway Traffic Safety Administration (NHTSA) to require all independent tire dealers to register all replacement tires sold. In addition, the NTSB would like to see tire manufacturers post recall information that consumers could search by tire identification number.

If you have been injured in an auto accident in South Florida due to defective tires, you may have a claim against the tire manufacturer or other parties. To find out about your legal rights to a claim for damages, contact the Law Offices of David Benenfeld at 866-9 HELP NOW or 866-943-5766 for a free, no-obligation consultation.