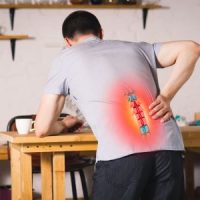 Various types of work tasks can result in motions or body movements that cause herniated discs. According to the American Association of Neurological Surgeons (AANS), a herniated disc can result from either a “single excessive strain or injury,” or from “disc material degeneration” that occurs over time as a result of aging and certain movements. When a person is experiencing disc material degeneration, the AANS emphasizes that “a relatively minor strain or twisting movement can cause a disc to rupture.” If you have been diagnosed with a herniated disc following a workplace accident or as a result of repetitive workplace tasks, it is important to seek more information from a workers’ compensation lawyer in Pompano Beach about seeking wage replacement benefits and medical coverage.

What Are Herniated Discs?

The AANS clarifies that the term “herniated disc” might also be referred to as a bulged disc, slipped disc, or ruptured disc. Generally speaking, it is “a fragment of the disc nucleus that is pushed out of the annulus, into the spinal canal through a tear or rupture in the annulus.”

Common Symptoms of a Herniated Disc

How to Seek Workers’ Compensation Benefits for a Herniated Disc

If you sustained a herniated disc in an accident at work or were diagnosed with a work-related herniated disc, you could be eligible to obtain workers’ compensation benefits in Florida. You should get in touch with an experienced Pompano beach workers’ compensation attorney at the Law Offices of David M. Benenfeld, P.A. to learn more about the claims process and to find out how our firm can assist you.