When Theft Occurs Inside the Walls of Florida Nursing Home Facilities 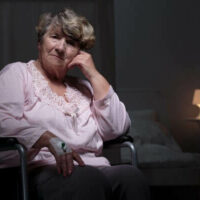 Nursing home residents used to be given a great level of attention and care, but sadly it has gotten worse over the years due to overcrowded nursing homes and the lack of staff. With the flood of more senior citizens in need of constant medical care – as Baby Boomers are aging and flooding nursing homes and assisted living facilities – many nursing homes don’t seem to have the same level of commitment to their patients as they once did. Part of the reason is that they seem to be hiring just about anyone.

Although some nursing homes in Florida have a great reputation and commitment to their residents, other facilities are trying to hire people for as little money as possible and not providing them the training they need. As a result, they are getting staff members who don’t know how to treat elderly residents and often mistreat the residents.

Many nursing home workers don’t realize the implications of their actions when they steal from residents. This is because they often don’t see nursing home residents as real people – someone’s mom, dad, brother, sister, grandma or grandpa. Unfortunately, when theft occurs, some nursing home residents might be left without any money, which can be devastating to their financial well-being.

What to Do About Theft in Nursing Homes

It’s a chilling reality, but far too many nursing home workers are found to be involved in theft and fraud incidents. If someone stole from you, or you suspect your loved one is the victim of theft or fraud at a Florida nursing home, you need to talk with an experienced nursing home abuse attorney as soon as possible.

At the Law Offices of David Benenfeld, we can help victims of nursing home abuse stand up against the injustice they suffered and fight back with a personal injury lawsuit. To learn more about pursuing a claim for damages or to get your questions answered in a free, no-obligation consultation, contact us today at 866-9 HELP NOW or 866-943-5766 to speak with a knowledgeable and caring South Florida nursing home abuse lawyer.

By David M. Benenfeld, P.A. | Posted on January 24, 2016
« Ways to Prevent Bedsores from Developing in Nursing Home Patients
Understanding Elbow Injuries That Result in Slip and Fall Accidents in Florida »