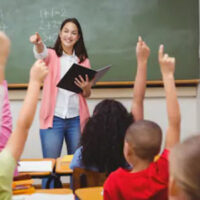 Workers’ compensation laws hold that employees who sustain injuries at their places of employment have the right to have their employers cover their accident-related medical expenses and lost income.  They do not have to prove that the injury was the employer’s fault.  Workers’ compensation is not simply a paid vacation from work, though.  It means that your employer has some decision-making power about your treatment.  In most cases, this does not pose a problem for people injured at work; at most, it just means that, for treatment of your work injuries, you have to see a doctor other than your family physician whom you have gotten to know and trust.  In rare cases, though, employers overstep their boundaries and pry into details about the employee’s medical history, details that would normally be protected by medical privacy laws.  If your workers’ compensation was supposed to be simple but ended up with your employer discriminating against you because of your medical history, contact a South Florida workers’ compensation lawyer.

The Teacher, the Workplace Injury, and the Medical Cannabis Card

As a member of the U.S. Marine Corps, Mike Hickman saw combat in the first Gulf War in the early 1990s.  He was later diagnosed with post-traumatic stress disorder, and in 2016, he was able to get a medical cannabis card so that he could use cannabis to manage his PTSD.  In 2019, while Hickman was teaching at a high school in 2019, two students at his school got into a fistfight.  Hickman intervened to break up the fight, and in doing so, he injured his shoulder.

Hickman filed a workers’ compensation claim, and following the procedures for injured school employees, went to an appointment with the school district’s workers’ compensation doctor.  In keeping with the school district’s policies, the doctor performed a urine drug test.  The test was positive for cannabinoids, indicating that Hicks had used cannabis in the past several weeks.

Despite that Hickman explained that he has a medical cannabis card and has never used cannabis at work, the school district suspended Hickman and later fired him, citing its zero-tolerance policy for drug use, including cannabis.  Instead of seeing a combat veteran, a teacher, and injured worker, and a patient, the school district treated him merely as an illegal drug user, which he is not.  A loophole in Florida’s medical cannabis laws caused Hickman to lose his job over a workers’ compensation claim.  Hickman appealed the termination of his job, so the school board amended its decision to place him on unpaid leave, but for the past five months, he has neither set foot in a classroom nor collected a paycheck.

Your non-work-related medical history should not stand in the way of you getting treatment for your work-related injuries.  Contact a Sunrise workers’ compensation lawyer at the Law Offices of David M. Benenfeld for help today.

By David M. Benenfeld, P.A. | Posted on May 5, 2020
« When Doctors and Patients Disagree About Whether the Patient Is Well Enough to Return to Work
Facts and Statistics About Catastrophic Accidents in Florida Workplaces »