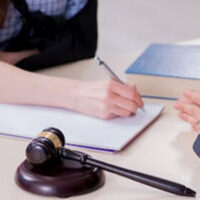 These days, everyone thinks they are an expert on science and medicine.  In fact, that sibling or in-law who takes every opportunity to diagnose your aches and pains as something that can be cured by a nutritional supplement is probably one of the reasons you would be just as happy to skip the in-person holiday gatherings this year.  Dubious expert advice is not merely an annoyance on social media and at family get-togethers, though; in the case of important legal decisions, judges must be sure that the person whose opinion about a medical or scientific matter is influencing the court’s decision is credible.  For this reason, the Daubert standard sets specific guidelines about deciding what information about science and medicine is relevant in a civil or criminal case.  In workers’ compensation disputes, the rules are even more specific, and evidence that would be admissible in an ordinary personal injury lawsuit is not considered relevant in the workers’ compensation case.  If expert testimony plays a role in your workers’ compensation dispute, contact a South Florida workers’ compensation lawyer.

Darryl and the Unbearably Hot Day

In April 2008, a pipeline construction company hired Darryl to work on a construction project in Palm Beach County.  Darryl took a drug test two days before his first day of work, and the test showed no drugs or alcohol in his system.  On his first day of work, he was outdoors, building a bridge starting 7:00 in the morning; at 2:30, without having gone indoors all day, Darryl lost consciousness while nailing a piece of wood to the bridge.  His co-workers took him to Palm Beach County Fire Rescue, where the EMTs, suspecting that he had heatstroke transported him to Glades General Hospital.  At the hospital, he was admitted and diagnosed with heatstroke, respiratory failure, and hyperthermia.  He remained hospitalized for more than a month, and after his discharge from the hospital, he still required more inpatient rehabilitation.

As for Darryl’s workers’ compensation claim, his independent medical examiner (IME) said that Darryl’s injuries were caused by heatstroke from working outdoors.  Meanwhile, his employer’s IME said that the hyperthermia and respiratory failure were caused by acute alcohol withdrawal and that Darryl’s underlying state of health was responsible for his illness; Darryl was a heavy smoker and an alcoholic, and he took medication for clinical anxiety.  Darryl argued that, while he had a history of alcohol abuse, he had been sober for three months leading up to the incident.  The judge of compensation claims (JCC) appointed an expert medical advisor (EMA), who determined that heatstroke was the cause of Darryl’s health problems and that his history of heavy drinking did not play a role.  Meanwhile, the employer brought a toxicologist to give an opinion, and the toxicologist said that years of alcohol abuse were the cause of Darryl’s illness.  The JJC sided with the employer, but the appeals court reversed the decision because the toxicologist is not a medical doctor and therefore not qualified to give an opinion on the cause of a work injury in a workers’ compensation dispute.

Let Us Help YOu Today

You still have rights even if you were not the picture of health before your work accident, and a Sunrise workers’ compensation lawyer will help you stand up for them.  Contact the Law Offices of David M. Benenfeld for help with your case.

By David M. Benenfeld, P.A. | Posted on January 6, 2021
« Spinal Cord Injury and South Florida Work Accidents
What Happens If You Seek Treatment on Your Own Because the Workers’ Compensation System Kept You Waiting Too Long? »