Microblading – Who Is at Fault for Injuries from a Botched Procedure? 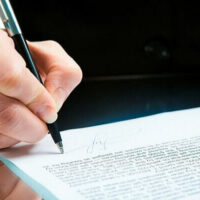 If you spend any time in the salon, you have heard about microblading.

In fact, it is quickly becoming one of the hottest trends in beauty. This is because, if a woman can withstand the pain, she can have perfectly sculpted brows that last longer than average plucking or waxing times. However, the pain is the main issue here. When the esthetician performing the procedure is not trained, uses faulty equipment, or exercises negligence, a person could suffer from permanent injuries, especially when microblading goes wrong and requires correction.

What Is Microblading and Why Is It so Popular in West Palm Beach Salons?

Microblading is a tattoo-based technique that uses a handheld tool with small needles that permanently press pigment into the skin in the same color as the existing eyebrows.

The person performing the technique is like an eyebrow architect. They must assess your current arches and brow coverage, then work to fill and shape so you have a permanent, flawless look.

While the process is meant to be precise, because it uses a pen tattoo procedure, the eyebrows are still done freehand. Even though the device offers some guidance, if the brows were messed up, uneven, or required correction, the process is extremely painful.

During the microblading, the needles finely implant pigment using featherweight strokes. The dye is medical-grade, but a person might still suffer irritation or allergic reaction – another risk to the procedure. It is supposedly pain-free, and if there is pain it is supposed to be nothing more than a paper cut feel.

One reason the industry is not heavily regulated is the process. Microblading uses a tattoo-like procedure but is not a tattoo. Tattoos go into deeper layers of the skin, which requires laser removal. Microblading focuses on the surface and fades in 18 months.

The strokes are fine and resemble real hair.

The Steps of Microblading

To see where this procedure could go wrong and why there are risks that many clients are unaware of, you must first look at the steps of the process. These steps include:

In November 2018, a woman visited a salon in Ohio to get her eyebrows done using microblading. Unfortunately, the woman suffered from permanent facial scarring.

Even plastic surgeons cannot correct the damage done, and the scarring might never go away.

When microblading needs removal, a technician typically uses a saline solution or laser removal. In this woman’s case, it was supposedly saline. However, some speculate something was added to that saline because of the burning effect she had on the skin afterward.

Other ways microblading can go wrong due to negligence:

Can You Sue for Microblading Injuries?

When serious injuries occur from microblading (such as burns, permanent scars, or infections), victims may be able to hold the salon, the technician, or the company that created the device responsible for their injuries.

To hold someone responsible for your botched microblading, you would need to establish the four cornerstones of an injury claim:

Speak with an Injury Advocate

To see if you have a case against a salon, or if you were seriously injured in another type of incident, you should always consult with an attorney to see if your case qualifies for compensation.

The Law Offices of David M. Benenfeld, P.A., can assist you with your case. We will meet during a free consultation and discuss your rights and options. Then, we will aggressively seek compensation from the at-fault party.

To get started, schedule your free case evaluation at 954-807-1334 or request more information online.

By David M. Benenfeld, P.A. | Posted on January 22, 2019
« Who Pays for Attorney’s Fees in a Personal Injury Lawsuit?
Understanding Florida PIP Laws – How They Impact Your Car Accident Claims in Florida »