Is Permanent Partial Disability a Settlement? 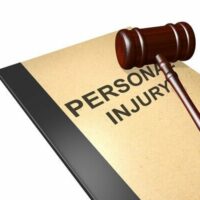 People often ask this question when handling a disability claim in Florida. Workers in this state who have job-related injuries or illnesses that leave them with a partial disability will usually qualify for permanent partial disability (PPD) workers’ compensation benefits.

What Is Permanent Partial Disability?

Workers’ compensation for permanent partial disability often helps a worker who has an injury or illness that prevents them from working as they did previously. When their doctor determines their condition is permanent, they may eventually return to work in a position that accommodates their disability but doesn’t pay as much. Workers’ comp benefits are bi-weekly payments to make up some of the difference in pay the worker earned before and after their debilitating injury or illness.

PPD benefits are determined using a formula for the severity of the disability, which is defined by law. This seems simple, but sometimes workers run into difficulties if the employer and the injured worker don’t agree on the extent of the worker’s disability. Situations like this are not uncommon, as the employer’s workers’ comp insurance will be paying the claim, and their rates could go up accordingly. This kind of dispute may go to mediation or court, and a judge will determine who presents a stronger case.

Frequently when a worker is hurt or gets sick on the job, they can go back to work after they recover. But there are many instances where they can’t go back to the same job.

For instance, a construction worker who gets hit by a falling beam and hurts his back might recover. But what if they can’t lift heavy items and do the demanding physical labor of their construction job anymore? In this case, they might return to work at the same business, but maybe in an office job instead of construction site labor. They might not make as much money filing papers in the office, and therefore have taken a financial loss due to their injury although they are technically still able to work.

How Are Benefits Determined?

Benefits are calculated based on a rating of the worker’s disability. This is determined using disability rating procedures that have been adopted by the Florida Impairment Rating Guidelines. After an injured worker has recovered as much as their health care provider believes they can – this is called “reaching Maximum Medical Improvement”—that doctor or another medical care provider gives the hurt or ill worker an impairment rating, or a percentage, which explains the extent of their injury.

There are different kinds of impairment ratings:

Actual PPD benefits are calculated using multiple formulas.  These are applied based on the worker’s impairment rating and/or other factors for a whole person injury. Sometimes an injured worker’s physical condition changes after a PPD benefit is determined. When this happens, either party– the worker or employer–might petition for the workers’ compensation commission to reconsider and adjust the benefit. For example, if Bob’s back injury suddenly gets worse—say, due to a herniated disc—he might ask for more benefits as he is now able to do even less strenuous work.

People sometimes have challenges getting what they feel is a fair amount in PPD benefits. This happens for a few reasons. With all the existing guides and formulas, determining how much an injury affects a person’s ability to work or perform other functions is still ultimately someone’s opinion. An injured worker might also be examined by a less than sympathetic doctor in some situations. For example, a doctor who works for the employer’s workers’ compensation insurance company might be inclined to see injured workers as more fit for work than other doctors might.

In the end, workers’ compensation benefits are determined by a Judge of Compensation Claims (JCC) or, on appeal, by Florida’s First District Court of Appeals. At this time, both sides–the injured employee and their employer–will have to make their case for or against a PPD rating. They will both provide evidence from medical professionals and other information that may be available.

Often people feel overwhelmed and don’t know what they should do to prepare, or what options they have. Some workers wonder if they should get a second opinion from a doctor not affiliated with the employer’s insurance carrier. Others are unsure what additional documents might help provide how their function is limited due to an injury.

It’s essential to remember that after a settlement is final, you can’t ask the Florida Division of Workers’ Comp to reopen your claim so you can seek additional benefits—even if your condition gets worse and you need further treatment. Because of this, it’s important to make sure you’re getting a fair settlement and will be taken care of in any eventuality.

An experienced lawyer in Florida can help you understand your options. They can also advise you on properly explaining your injuries and medical recovery, so you can receive a more accurate PPD rating and associated benefits.

To get started, schedule a free case evaluation with the team at The Law Offices of David M. Benenfeld, P.A. today. We know waiting for compensation is hard, especially when you have medical bills and expenses continuing to pile up.

Explore your legal options now by calling us at 954-807-1334 or request more information online about our legal services.

By David M. Benenfeld, P.A. | Posted on July 30, 2019
« How Do I Handle a Car Accident Settlement?
Calculating Pain and Suffering for an Injury »