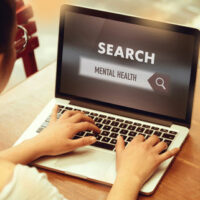 The popular narrative on mental health is changing, but a lot of stigma continues to surround mental illness and caring for one’s mental health, especially in the workplace.  To make matters worse, the work environment is not exactly conducive to good mental health.  Demanding work schedules, lack of job security, workplace harassment, and antagonistic relationships with co-workers are a source of chronic stress, and many people with clinical anxiety and depression cite workplace stress as making their symptoms worse.  Serious physical injuries, whether they resulted from work accidents or not, also cause a great deal of emotional pain.  It is against the law for employers to discriminate against workers because of mental illness, and treatment of work-related mental illness is compensable under work-related laws.  Unfortunately, employers do not always give injured workers the support to which they are legally entitled.  If your mental illness diagnosis is related to a work-related physical injury, contact a South Florida workers’ compensation lawyer.

Confiding in Your Lawyer About Your Anger Is Not Misconduct

In July 2013, Connie suffered injuries to her head, neck, back, and knee when a co-worker at the car dealership where she worked opened a door while Connie was standing near it.  Earlier that year, she had been injured in a similar incident when the same coworker had opened a door, and by the second incident, Connie was convinced that she had injured her on purpose.  Connie filed a harassment complaint against her co-worker and a workers’ compensation claim for her injuries.  She saw a neurologist and an orthopedist, who referred her to a psychiatrist.  At a hearing six months after the accident, Connie’s lawyer requested an emergency psychiatric hearing; he was concerned that she needed emergency psychiatric treatment, because she was becoming increasingly angry about her injuries.  He said that she had expressed suicidal and homicidal ideation.  Upon hearing this, Connie’s employer terminated her employment and stopped paying for her treatment.  The employer claimed that it had the right to stop paying Connie’s workers’ compensation claim because her employment had been terminated on the grounds of misconduct.

Connie brought the dispute to court.  She argued that she had never threatened the co-worker; she had only mentioned to her lawyer that she felt like punching her co-worker.  Talking to someone unconnected to your workplace about your frustrations with a co-worker does not constitute misconduct that would warrant termination of employment.  Even worse, Connie’s psychological stress was the direct result of the work injury, so the employer’s decision to terminate her because of psychological distress related to a work injury came dangerously close to retaliating against an employer for seeking treatment of a compensable work injury.