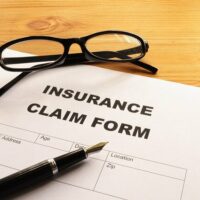 After a severe accident with a driver who has little or no automobile insurance coverage, you turn to your underinsured insurance policy. While they cover auto damage and medical expenses, will you also get pain and suffering from them for your long-term costs?

You can increase your compensation from your underinsured insurance policy, but it is important that you understand how insurance applies in Florida car accidents, when your PIP insurance policy takes over, and how to maximize your coverage to get the compensation you need to recover fully.

Too Many Drivers Are Underinsured in the U.S.

Uninsured and underinsured motorists are out there, and as insurance costs rise, the number of underinsured is likely to increase. In 2015, the Insurance Information Institute (III) estimated that 13 percent of motorists (which is one out of eight) were uninsured entirely.

Underinsured is not the same as the uninsured. These motorists have automobile insurance, but they do not carry enough in their policy to cover your damages. For example, if you are injured and your attorney estimates you need $500,000 in damages, but the driver’s policy only covers up to $20,000. In this case, the insurance company is legally liable to only pay for the maximum policy. While the driver is responsible for the remainder, it is unlikely they will have enough assets to cover the remaining $480,000 – especially if they cannot afford a policy high enough to cover a genuine accident in the first place.

Florida is one of the ten states in the US that requires personal injury protection (PIP). PIP is no-fault insurance, which means you file a claim with your PIP policy regardless of who was at fault in the accident. Your PIP policy will cover lost wages and medical expenses up to the maximum policy amount.

Filing a Claim against the At-Fault Party’s Insurer

The first step would be to file a claim against the at-fault party’s insurance company so you can seek damages for your remaining expenses (those not covered by PIP). Now, here is where you or your attorney would find out the maximum policy limit the driver has and whether they have enough to cover your losses. Even if the insurance company agrees to a settlement, they will not settle for more than the maximum policy.

Before your attorney turns to your underinsured or uninsured motorist coverage, they have one more route to exhaust. This includes any assets that the defendant might have that your attorney can use to pay damages. For example, the party was underinsured, but they also have a vacation home that they could sell to pay lawsuit damages. In this case, your attorney would file an injury lawsuit against the at-fault party seeking further damages.

Instances like this are rare. When someone is underinsured or uninsured, it is because they do not have the assets or financial means to get the auto coverage they need. Therefore, the chances of them owning assets that are hidden away, and that they could use to pay for your pain and suffering, are minimal.

If you purchased uninsured or underinsured motorist coverage, your attorney would recommend filing a claim with your insurer to unlock that policy.

Will Uninsured or Underinsured Motorist Coverage Pay for Pain and Suffering?

Yes, you can seek damages for pain and suffering from your underinsured policy. However, your insurance coverage is limited to your policy amount. Therefore, if you only have $50,000 in underinsured motorist protection, your plan will only pay out that amount for your total damages (including pain and suffering).

UIM Claims Are Quite Complicated

Do not try to file a UIM claim alone. You are required to notify your insurance company immediately after an accident has occurred. Otherwise, you risk losing any benefits later when you do need to use UIM coverage and the process of using your UIM benefits is challenging.

Your insurance company might also have hidden deadlines for filing UIM claims. That is why it is imperative that you use an attorney with experience handling not only car accident claims, but handling UIM claims, too.

The Challenge of Getting Your Insurer to Accept Your UIM Claim

Unfortunately, you most likely will not find out the other driver is underinsured until you have filed a claim, gone through the investigation, and the insurer notifies you of the maximum they will pay on that claim.

Your insurer has its deadlines for accepting these UIM claims, which further complicates receiving the compensation you need.

One way to avoid going past the deadline is to file a notice with your insurer that you will most likely need to access underinsured motorist coverage. You set a reservation, not a claim. So that if you do need to file for that compensation later, you have not gone past the limitation set by your insurer.

Speak with an Injury Advocate Today

If you were injured in an accident and you fear that the other party does not have adequate coverage, contact an attorney in Florida who is familiar with how PIP, insurance, and UIM coverage all play a unique role in these cases.

You need an advocate who will fight for maximum compensation – no matter how many insurance companies you must combine to do so.

Get started by scheduling a free, no-obligation consultation with the Law Offices of David M. Benenfeld, P.A., now by calling us or requesting more information online about our legal services.

By David M. Benenfeld, P.A. | Posted on June 13, 2019
« How Long Does it Take for an Insurance Company to Pay Out a Claim?
Where do I file a complaint against a nursing home? »