85 Years of Workers’ Compensation Law in Florida: A Retrospective 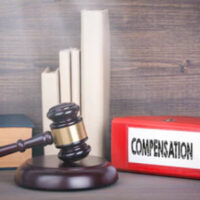 You may remember from your history class in high school that, when the United States and some European countries first became industrialized in the 19th century, working conditions were extremely dangerous, and accidents that resulted in fatalities and serious injuries were a frequent occurrence.  One of the legal responses to this was to enact stricter regulations for workplace safety, in order to prevent accidents.  Meanwhile, “employer liability” laws passed at the federal and state level in the early 20th century required a process similar to a personal injury lawsuit, where it was the responsibility of the injured worker to prove negligence on the part of the employer.  During Theodore Roosevelt’s presidency, 15 percent of lawsuits related to work accidents resulted in a ruling in favor of the plaintiff.

There were two problems with the old “employer liability” system.  First, it required plaintiffs to show that the employer was negligent, which meant that a large portion of injured workers lost their cases.  Second, the system was costly for employers; the judgment amounts were large, and even when the employers won their cases, they still had to pay for legal representation.  Therefore, some states started so-called “trade-off” laws, where employers were responsible for paying for all work injury-related medical treatment, regardless of negligence or fault, and in return, injured workers could not sue their employers over work injuries.  This might sound like today’s workers’ compensation system.

The law gives injured workers more protection than it used to, but you will probably still need a Sunrise workers’ compensation lawyer if your work-related injuries are severe.  Contact the Law Offices of David M. Benenfeld for more information.