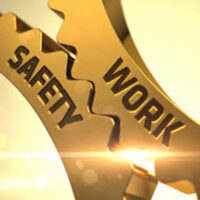 Every time you check the news headlines on your phone, you have a good chance of finding a headline about how working in an office building is bad for your health.  Most of them are clickbait, designed to make you feel guilty about the sedentary lifestyle you follow in order to support your family financially; the purpose of those articles is to put you in a bad mood so that you will click on more clickbait to cheer yourself up.  The worst of them are thinly veiled advertisements for nutritional supplements.  If you work in an office and feel okay, you are okay.  If working in your office really is making you sick, though.  Sick building syndrome, although it is not the name of one specific disease caused by one type of microorganism, is a documented phenomenon.  It is usually caused by poor ventilation, exposing workers to mold spores or irritating chemical fumes.  Since sick building syndrome is a work-related illness, your treatment for it is eligible for workers’ compensation coverage.

What Is Sick Building Syndrome?

When the Flagler County Sheriff’s Office moved its operations into a newly renovated building in 2015, the deputies began to miss more days of work because of respiratory infections.  During the renovations, everything had been removed from the building except the concrete blocks, and it is likely that the source of the illnesses is mold that has taken up residence in the concrete and which spreads its spores through the building’s HVAC system.  The building was originally built as a hospital in the 1970s.  By 2018, at any given time, 20 percent of the building’s workers were out on workers’ compensation with sick building syndrome-related illnesses.