What Are Permanent Impairment Benefits After A Work Injury? 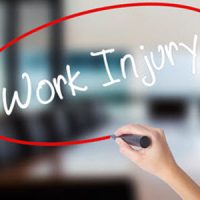 What Does Permanent Impairment Mean?

When an employee gets hurt on the job in Florida, that employee will receive medical care and will be assessed by a healthcare provider to determine the maximum medical improvement. Maximum medical improvement refers to the point at which the injured worker has recovered as much as she or he is going to recover from the injury. In some cases of workplace injuries, an injured worker may recover entirely from an injury. Yet in many situations, an injured worker will only be able to recover to a particular point and will have either a partial or total permanent disability.

When and How is a Permanent Impairment Identified?

Use of the Permanent Impairment Schedule

When Are Permanent Impairment Benefits Paid?

If you have concerns about obtaining permanent impairment benefits, or if you have questions about receiving impairment benefits after suffering a workplace injury, one of our experienced West Palm Beach workers’ compensation attorneys can speak with you today about your circumstances. Contact the Law Offices of David M. Benenfeld, P.A. to learn more about how we can help you with your workers’ compensation case.