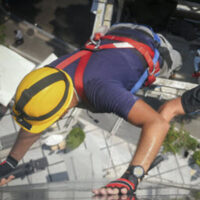 Most Floridians do not think very much about what FPL workers do until a hurricane or one of South Florida’s famously monstrous lightning storms knocks out the electricity; then it is FPL to the rescue.  In order to keep the electricity functioning in the residences and businesses of South Florida, FPL employees must inspect and maintain equipment frequently, even when there are no power outages.  Some of this work is dangerous; there is a risk of falling from heights and being exposed to high voltage electricity, among other hazards.  Employees of FPL or any other company have the right to file a workers’ compensation claim to get their employer to cover their injury-related expenses, and these claims do not require the employee to prove negligence on the part of the employer.  If the employer disputes your claim that the injury is work-related, or if the workers’ compensation insurance refuses to pay for all the treatment you need, contact a South Florida workers’ compensation lawyer.

Kenya Harvey lives in North Florida, but in October 2015, he was working in Loxahatchee.  The company with which he was employed was a contractor engaged by FPL to overhaul and replace the seals at the FPL power plant in Loxahatchee.  Harvey, who was in his mid-thirties at the time of the incident, suffered serious injuries to his back and neck when 70 pounds of equipment fell from spring-loaded hinges and landed on him.  Over the next three years, he underwent $180,000 worth of medical treatment, including several surgeries.

One of Harvey’s co-workers took a picture of the fallen piece of equipment shortly after the incident.  This turned out to be a wise move, because, in an effort to deny that Harvey’s injuries were work related, FPL would later claim that Harvey could not prove that a piece of equipment had fallen or say which one it was.  The case ended up in a lawsuit between Harvey and FPL, and in March 2019, three-and-a-half years after the accident, a court in Palm Beach County awarded Harvey $1.88 million in damages.  Harvey also named Zachry Industrial, the Texas-based company that built the Loxahatchee power plant where the accident took place, as a defendant, but the court found that Zachry Industrial did not cause the accident and was not liable for Harvey’s injuries.

How Harvey’s Case Relates to Your Work Accident

Industrial accidents that result in injuries are quite common, and most of the time, it is possible for the employee to get a fair settlement after filing a workers’ compensation claim.  If your injuries are severe and have permanent effects, there is a good chance that you will need a lawyer’s help in getting the compensation you need.

On-the-Job Injuries Are the Employer’s Responsibility

Don’t back down if your employer tries to nitpick about all the things you could have done to prevent a work injury; if you were doing your job when it happened, it is a work injury.  Contact a Sunrise workers’ compensation lawyer at the Law Offices of David M. Benenfeld for help today.