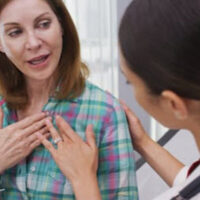 Judges of compensation claims (JCC) are the judges who decide disputes between injured workers and the employers to deny their requests to pay for the treatment of their work-related injuries.  The assumption is that, in order to be appointed to the JCC position, the judge has sufficient understanding of medicine to make an informed judgment about the true cause or severity of the workers’ injuries.  Outside the context of workers’ compensation cases, which do not have jurors, the Daubert standard dictates that judges must review the evidence that medical expert witnesses intend to present and determine whether it is relevant and reliable, before they can allow the expert to present the evidence to a jury.  The vast majority of judges are not medical doctors, but they are knowledgeable about the subject of the cases they decide, which, in the case of JCCs, is work injuries.  Therefore, if your workers’ compensation case ends up in court, it is possible that the judge’s interpretation of events will be somewhat different from your interpretation and that of your employer.  A South Florida workers’ compensation lawyer can help you avoid getting an unpleasant surprise when it comes time for the judge of compensation claims to decide your case.

Debra injured her knee during her work shift at a sporting goods store.  She notified her employer of the accident and sought treatment by an orthopedist, who determined that the work accident was the main contributing cause (MCC) of her injury.  This did not persuade her employer to pay her claim; instead, the employer sought the opinion of an independent medical examiner (IME).  When he first examined Debra and looked at her medical charts, the IME agreed with the treating orthopedist that the work accident was the MCC of the knee injury.  Upon further review of her medical records, though, the IME changed his assessment of the cause of the injury.  After reading her records thoroughly, he found out that she had suffered a knee injury before she began working for the sporting goods store, and therefore it was not possible to tell with certainty whether the work accident was the MCC of her current symptoms and need for treatment.

The JCC rejected the orthopedist’s opinion and ruled in support of the employer’s decision to deny the claim.  Debra appealed the judgment, arguing that the JCC had no right to reject the orthopedist’s decision, since the IME did not say that the work accident was not the MCC of the injury.  The IME only said that it was not possible to know what caused the injury; therefore, the orthopedist’s opinion was uncontroverted.  The appeals court ruled that the JCC was free to make a decision based on any kind of sound reasoning, even if her conclusion did not match exactly with what either physician said.

A Sunrise workers’ compensation lawyer can help you recover damages if you have suffered a knee injury in a workplace accident.  Contact the Law Offices of David M. Benenfeld for help today.