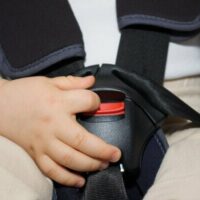 Because the safety of our children is of upmost importance, it is critical that parents make sure their kids are riding in booster seats or using safety belts correctly in vehicles – whether they are driven by themselves, other relatives, or by drivers they carpool with. Unfortunately, many children are using seat belts when they should be riding in booster seats, according to the Insurance Institute for Highway Safety (IIHS).

While this might not sound like that big of deal when children are seven, eight, or nine, but it can mean life or death if children these ages aren’t using the correct safety mechanism while seated in the back seat of a vehicle. Sadly, many parents don’t know when they should switch their kid from a booster seat to a safety belt. This is why many parents listen to their child or look up the state law and go by that.

Florida law states that “children 4 through 5 years must sit in either a separate car seat, a built in child seat or a seat belt, depending on the child’s height and weight.” The law also says that “children 6 through 17 years old must be in a seatbelt.” Because this can be confusing to parents or leave the interpretation of the law open to mean that kids six-years-old and older don’t have to use booster seats if they use seat belts, but this couldn’t be further from the truth.

According to Safe Kids Worldwide, children should be at least 4 feet 9 inches tall to ride in a car using a seat belt without a booster seat. However, according to a survey conducted by Safe Kids Worldwide, seven of ten parents didn’t know that kids between the ages of four and ten should be this tall before switching them from a booster seat to just a safety belt alone. In fact, nine of ten parents moved their son or daughter out of a booster seat prior to the child being big enough for a seat belt. This survey conducted by Safe Kids Worldwide was a national online survey of 1,000 parents of booster-age children, which shows just how confusing child seat safety laws are.

No matter what the different state laws are, it is critical that a child shouldn’t be switched from a booster seat to just a seat belt until the kid is “at least 57 inches tall and between 80 and 100 pounds,” says Kate Carr, president and chief executive of Safe Kids Worldwide. This is because a seat belt won’t fit a small child correctly – causing the shoulder belt to go across the face and neck and the lap belt to sit across the tummy instead of on the upper thighs.
Even though Florida law doesn’t require children six and older to sit in booster seats, it is important that parents realize that some six-year-olds are not tall enough, heavy enough or mature enough to sit with just a seat belt.

Reminding Parents of the Importance of Booster Seats

Until a child meets these requirements set forth by Safe Kids Worldwide or until a safety belt fits properly on a child, a child should remain in a booster seat. Parents will know when their children are big enough to just wear seat belts when children can keep their backs against the seat and allow their knees to bend naturally over the seat edge with their feet flat on the floor.

Parents need to be reminded that even small auto accidents can have severe outcomes when children are not properly secured. Sadly, children riding without booster seats but should be in them have a higher risk of head trauma, spinal injuries and abdominal injuries. Please share this blog on your favorite social media site to help remind parents about booster seat safety when driving.